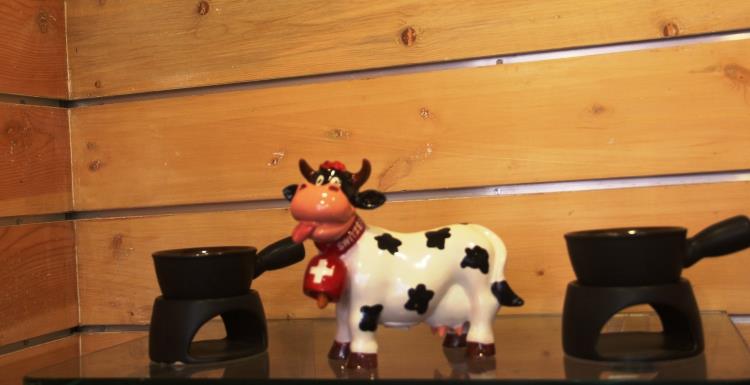 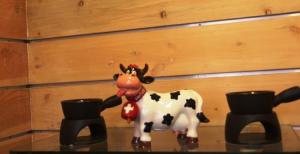 What comes to your mind when you hear of ‘Switzerland’?

To the less ‘foodies’ what is not know is their love for cheeses, to make and have them too! 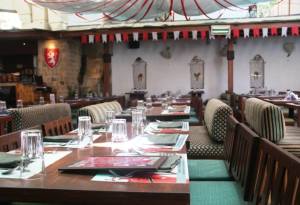 Now having set the ambience for you, let’s sit down, read and take of taste of what Swiss Cuisine has to offer.  After witnessing the Swiss dominance at the Wawrinka- Djoko dual last evening, I headed out for dinner organized by FBAI at Out of the Blue (OOTB), Bandra which is hosting the ‘Swiss Food Fest’.

Swiss food has been influenced by their neighbours, Italy , Germany, France and they have ended up coming up with winners like the Cheese Fondue ( Pot of Melted Cheese flavored with wines and Seasoned) , Roesti ( A crisp on the outside potato pancake, made with shredded potato) and a Raclette both a dish and a cheese. The restaurant was all dressed up in red and white and was rather crowded for a Tuesday evening. Sartaj Bedi who heads operation at OOTB said ‘The Swiss Food fest which started on the 16th this month has been drawing a lot of attention irrespective of the day of the week “

I ordered of glass of their house white wine a lovely private label Chenin Blanc to begin with and settled  at the table with fellow bloggers. As the discussion went on from vada pav stalls on Mt. Titlis in Switzerland to Sussane ex-Roshan we were served the first from their arsenal, Mushroom and spinach quiche with mixed salad.  It was so perfectly done, creaminess of the filling, the richness of the short-crust and the sharp edge from the rocket leaves in the salad was exquisite. And then were served the, mushroom, spinach and corn and vegetable Vol-au-vents, the fillings were delicate and flavorsome but the puff pastry base was disastrous. Nobody on the table went beyond a bite of those!

It was time for some learning, and we had a quick and informative class on chocolate and fondue making with some highlights on couverture and compounds.  The OOTB fondue is a silken mix of 71% and 54 % chocolate giving it a slightly bitter finish but the flavor lingered on.  And to test our understanding of it we had a fondue making contest. And you guessed it right, my team won. A mix of Callebaut 54% chocolate, Kahlua (a coffee flavoured liqueur) and hazelnuts (Sweet finish with a crunch).  We named it the ‘Titlis’ for its titillating properties.  We won a bottle of wine, a book ‘Switzerland- How an Alpine pass became a country’ and the Swiss bell for the same.

‘Racklet’ fondue:  Nutty, Creamy, classic made with Racelette, Emmenthal and Cheddar cheeses and served with toasted bread, and blanched crudités. I must use the term “real fondue” for this one as many other places I have visited; serve you Mornay Sauce (Flour+butter+ Milk+ Cheese) in the name of melted cheese and mask it with jalapenos and veggies. You have to taste this one to taste a fondue.  I paired this fondue with a German Riesling the Selbach, and the acidity matched up to the richness of the cheese. “We wanted to get Swiss wines to complete the experience but not one is available in the country”, said Anik Bajaj, Director OOTB .I must admit some of the Swiss wines I have tasted are really refreshing.

They got this one wrong completely wrong to the best of experiences of having eaten and made a roesti.  The sauce was great, the veggies had a bite but the roesti was a chewy and floury and a ‘set dosa’ like appearance.  A good roesti is about the crispness and the shreds. Fail

This place has a vibe to it, it is wine friendly and the quiches and fondues both cheese and chocolate are worth indulging into! Cost 1500 for 2! And yes the fest goes on till this month end.

On my way out I dug into and had a spoonful of my very own ‘Titlis’. The recipe stands a bright chance to be on OOTB’s menu!!

4 thoughts on “Switzerland in Mumbai…”